Year 6 End of Half Term

Well done to Year 6 for all their hard work over this first half term!  They have worked really hard in all areas, including at home where they have produced some amazing pieces of homework.  Here are some examples of work from Class 2. 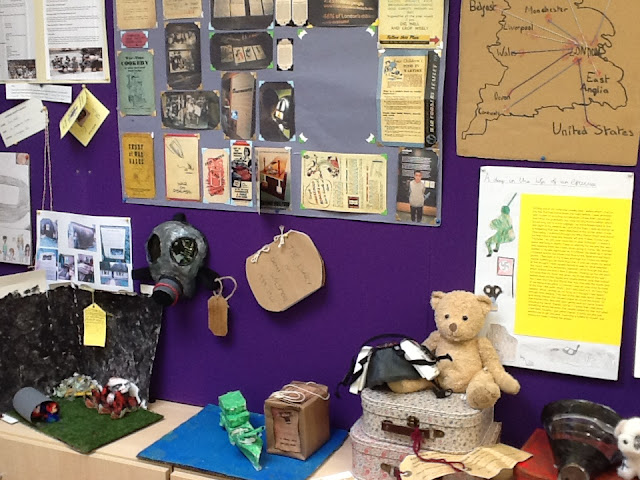 An Afternoon with Year 3

Over the past year, Year 6 have been supporting the children across the school in making and maintaining friendships through team games and in roles as 'Play Leaders'.
The current Year 6 have now taken on this 'mantle' as part of their responsibilities within the school. The Year 6 children have been allocated buddies in Year 3 to help them settle in.

The following accounts have been written by the children.

Written by Katie B. Friendship Skills

On Thursday the 5th October, Year 6 started to teach Year 3 friendship skills that linked to what to do in the playground in different scenarios.

Year 6 started off by thinking of the different skills that they were going to teach.  Once Class 1 had arrived at class 8 and Class 7 at Class 2, the buddies met up with each other and Year 6 started to teach Year 3 a few friendship skills and how to use them in the playground.

The buddies acted out different scenarios and how to react in them.  After this, all the classes met up and were sorted into groups of 8 to play games with each other.
Year 6 and Year 3 played a wide variety of games together that included 'Duck, Duck, Goose', 'Pass the Whisper', 'Splat' and many more.

It was a very fun and entertaining afternoon for all.


Written by Aimee S.  Dealing with Falling out

On Thursday the 5th October, Year Six partnered with their Year Three buddies to teach them how to react to playground problems.

Year 6 thought about ways to deal with children who say, 'No' to others who want to play their game. To help Year 3, it was decided to role-model the topic.

When Year 3 came in, the children introduced themselves to each other and started with their activities. After a few minutes, some of the children agreed to show their role modelling to the class. It was clear that the children had really thought about this because they really knew how to act in these situations. Afterwards, the children grouped into eights (four Year 6 and four Year 3 children) to play games. The children all got on well together playing fun games such as It, Splat and many more.

Both Year groups had fun and learned from each other today.

Earlier in the week my classmates and I had a session with Year 3, who are new to the Juniors.  As we are Year 6, it is our job to help them create new games by communicating with other people who may be slightly out of their usual 'friend zone'.  By doing this we hope it will help them to widen their friendship skills.  We also wanted to encourage them to not be nervous talking to different people.

Additionally in the afternoon, we were giving advice to the younger children on how to make conversations on the playground, reminding them to smile and introduce themselves.  Not only this, we were also helping them to solve possible arguments or problems: stay calm, stay cool.  We showed them how to do this by acting and role playing with them, in a way that no one would get upset.

We are trying to make the school an even better place. 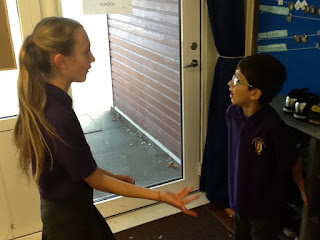 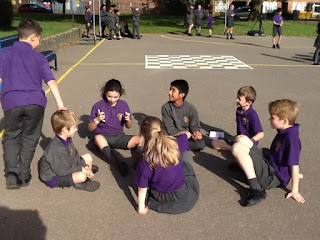 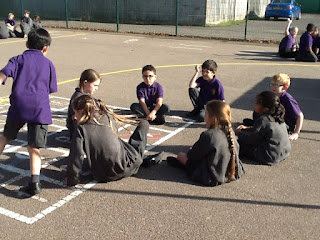 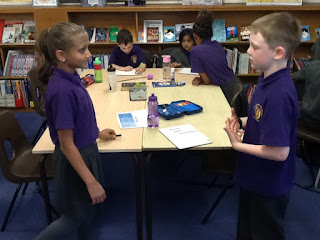 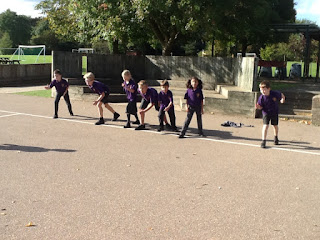 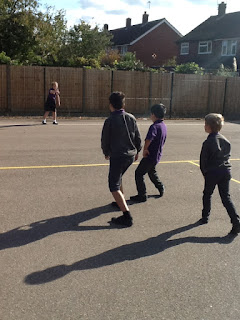